There is an existential beauty of living in this current age, more so in America, a country whose ideals are that of liberty and freedom. This very freedom that we desire in almost all aspects of our everyday life is critical even in the way that we conduct communication. Mobile carriers are no doubt the facilitators of modern-day communication through mobile communication technology. With restrictive policies by mobile carriers, mobile users for what seems like eons, have been tied down to only one carrier. The advent of the cell phone unlocking technology and repealing of laws that previously considered ‘illegal’ the act of unlocking phones has resulted in a global surge of this technology.

Straight Talk is one of the virtual wireless network operators enforcing this technology. Is a Straight Talk phone unlocked? This may be the question lingering in your mind. What if you have a contract with Boost Mobile and want to figure out the same. Are Boost Mobile phones unlocked and in case it is locked how does one unlock a Boost Mobile phone? This article will delve into further details with the aim of answering these very questions.

Nowadays, you don’t have to stay with your mobile carrier if it is the only carrier that supports your phone. If you have an unlocked phone, you can use it with any company as long as the phone is compatible with the carrier’s network. The network compatibility problem will also be discussed below at an in-depth level. Staying with a carrier because your phone is a thing of the past. You now have the freedom to join any carrier of your choosing and take advantages which accrue from such a technology. You can comfortably enjoy your hard-earned money in a way that is pleasing to you. 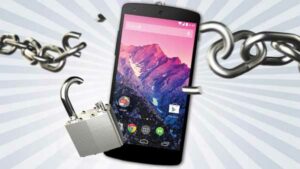 If you don’t have a plan with Straight Talk carrier and you are in a contract with Boost Mobile, you may want to check out our newest info guide. Are Boost Mobile Phones Unlocked, and where to buy them? Here, you will learn about Boost mobile policies concerning unlocked phones and if you can use them in your plan. Also, if you are with Boost Mobile and you would like to change your mobile carrier, you don’t have to buy a new phone. Read our in-depth article: How to Unlock Boost Mobile cell Phone! Unlocking your mobile phone before you switch carriers can save you a lot of money.

What to know about Straight Talk and Unlocked phones

Now, you may wonder, are straight talk phones unlocked? The answer is unfortunately no; they come locked by the manufacturer. However, there is good news. If you ask a Straight Talk employee, they can help you unlock your phone if they have the knowledge. If they don’t, just find another store and consult them. Straight Talk employees can help you unlock your phone. Straight Talk allows unlocked phones to work on their network as long as they are compatible and you pay into a monthly plan.

The Many Features of an Unlocked Phone

If you hate bloatware, then you will love unlocked phones. For those who don’t know, Bloatware is programs or apps that you don’t want on your phone or computer. You will never use the app and it will just take up space on your phone. The main reason for bloatware is because software and app companies create contracts with one another to promote their programs on certain phones. Kind of like how every Windows 10 OS comes with Microsoft games but no one plays it. With an unlocked phone, you have the ability to delete all of the programs and app you hate. Goodbye Skype, android lottery games, and facebook! And deleting unwanted apps from an unlocked phone means that the apps are truly gone.

BUT, be careful when you start deleting apps! Some programs that look unnecessary are vital to the phone’s operating system and the OS could be severely compromised if you delete it. Conduct the proper research to ensure you only delete non-essential bloatware.

if you have an unlocked phone and you want to switch to a carrier who doesn’t keep that phone as part of their inventory, then you will need to become your own tech support. Unlocking your phones changes how the software acts, and deleting bloatware might cause a few problems for your phone’s OS even if the apps weren’t essential. Store employees will not be able to help you since the carrier doesn’t have your phone and, therefore, will not train employees to troubleshoot phones that don’t have.

If you use unlocked phones

You can use whatever phone you like with any carrier. Sometimes, certain phones are unavailable for a carrier because their phone manufacturers have made deal with a single company for exclusive right to sell that phone. But with unlocked phones, you don’t have to adhere to corporate contracts you never agreed to.

Unlocked phones are great for international travelers, If you are going to be an ex-pat and you want to keep your same phone, then you’re in luck. Unlocked phones can be used internationally. Expats who stay in their non-home country for months or years at a time and they need high-end phones to conduct business. Unlocked phones can even be used with foreign carriers, so you don’t have to figure out a foreign phone as well as all of the other chores you must do when you move. You won’t need to struggle with the English language settings. Or mobile phones in your new country of employment are not that great and you want to import a higher quality phone. Or maybe you took a vacation and found a great phone and you want to take it back home with you. Whatever the reason, unlocked phones can boost your mobile options more than ever before!

If your current phone is unlocked, and you want to switch carriers, you can save a lot of money by keeping your own phone. Many times, people who switch carriers have to buy brand new phones simply because their new carrier isn’t compatible. Which defeats the purpose of switching carriers in the first place. The main reason as to why a customer would switch phones is because their current plan is too expensive. But purchasing an expensive phone will cut into the potential savings they were hoping for.

FAQs – What to know about owning and using an unlocked phone

Ans. Yes! It would be better if the phone was unlocked, as you could switch to another carrier in the country you are working in and not have to pay your carrier’s US prices for a new phone.

Ans. Well, since the Federal Communications Commission overturned their decision that unlocked phones were a violation of copyright law, most carriers have no problem allowing unlocked phones on their networks now. Of course, the final factor comes down to the network band compatibility between the phone and the carrier. But if the phone is compatible, then you can use it.  Below, we have a list of companies that will support unlocked phones and will not stop your service if you are found to be using one.

Here’s the list of carriers that support unlocked phones:

Q. Are the Straight Talk phones locked or unlocked?

Ans. Straight Talk phones come as locked phones, as per the manufacturer and the carrier’s settings. You can purchase unlocked Straight Talk phones off of Amazon, eBay, or other online retail stores. Employees are allowed to help you unlock your phone, but some may not have the knowledge to assist you. If you already have an unlocked phone, the Straight Talk website has where you can check your phone’s compatibility. On the internet, there are many guides that can help you; from Youtube to google search to unlocking forums, the answers can be found!

Q. How do I get my straight talk phone unlocked?

Ans. If they have the knowledge, you can ask an employee to unlock it for you. You can also use our guide: How to unlock a phone from Straight Talk. Written for those who aren’t knowledgeable in tech, you will be able to unlock your phone by following the carefully written out steps, it may take you a while, and you may need to use your computer to research all the problems you encounter. But if you are patient and enjoy solving problems, you will have your phone unlocked and ready to switch to any carrier you like.

Q. How do I know if my unlocked phone will work with a carrier?

Ans. This is the most important question you could ask. Even if your phone was unlocked by a professional, the company or the manufacturer itself. If the phone doesn’t connect to the correct network that the carrier uses, you won’t be able to use your phone to make calls and texts. You will have to do some investigating to figure out what Mobile Virtual Network Operator or MVNO your unlocked phone will support. The most popular types of MVNOs in the United States are GSM, 4G LTE, CDMA, and 3G. Most carriers use two or more MVNOs to increase the number of mobile phones they can support. Using multiple networks also prevents strain from having many phones on a single network. This is especially helpful in large cities. Mobile carriers allow other carrier’s phones to connect to their network if the phone’s MVNO is compatible.

Not all phones use the same network to make calls and send texts. If you decide to import a phone, you need to find valid and recent information about its network band support. Or else you will be purchasing a $1000 paperweight. The good news is that Straight talk supports two network options- GSM and CDMA. These two networks are widely used and a big reason why unlocked phones work so well on the Straight Talk network.

Q. If I buy a phone from my new carrier, can I still take advantage of the payment option?

Ans. If you want an unlocked phone, you might have to buy the entire phone all at once. Payment plans won’t be an option, so you will have to fork over $500 or more on the spot. Some places sell unlocked phones that are eligible for payment plans, but it won’t be any of the major carriers. It may even be normal retail stores that aren’t attached to a carrier. You might have to buy your phone with a credit card and pay it off monthly. Or open a store credit plan for monthly payments.

When purchasing a phone at a retailer, they should have a guide on which phones are compatible with which carriers. So you won’t have to do all that research by yourself. Ask one of the store employees for the MVNO information to make a complete and informed decision.

Pros and cons – Should you get an unlocked phone?

Unlocked phones are phones that are not bound to one carrier’s network. You can either buy an unlocked phone or you can read manuals and unlock the phone yourself.  Carriers, for the most part, allow unlocked phones on their network, thanks to a federal policy being overturned.

The most important factor when it comes to deciding which carrier is compatible with your unlocked phone is the MVNO network your phone connects to. If your phone cannot connect to the carrier’s network, it won’t be able to make or receive calls or texts. Straight Talk phones are not unlocked but a Straight Talk employee can help you if they know how to unlock a phone.

I hope you have found many answers to the questions you had in this guide. If you have more questions or comments, please leave it in the comment section below so we can know what to write about next. Thank you for reading and Happy Unlocking!

How To Unlock Att iPhone In 2020 Complete Guide

How To Find My Phone Location By Number In 2020